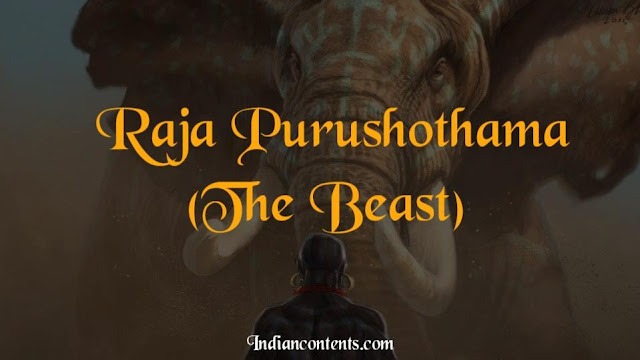 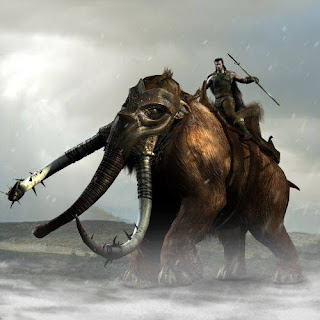 Raja Purushottam (King Porus-Greek name),a giant 7 feet 2 inches and well built, seated on a enormously big elephant looked like Beast, marched with his army towards Alexander the Great. Alexander was awestruck by seeing The King Purushothama who was riding a war elephant. Alexander quoted "Atlast I see a danger that matches with my courage. My contest now will be with the wild beasts and very strong men of uncommon mettle."

King Purushothama was a king of the Pauravas whose territory was located between Jhelum (Hydaspes) and Chenab (Acesines) rivers now located in Punjab. He was likely to have been descendant of the Puru tribe mentioned in Rig veda.


The period between 345-316 BC, was an important period in the history of the world. Alexander The Great,in a desire to rule the entire world, was ferociously coming towards East to conquer India. At that time different parts of India were ruled by different dynasties like Chola, Pandya, Nanda Etc, among which purus were one to rule a relatively small area of land compared to other dynasties. Purushothama tried to push his kingdom towards east of India but did not succeed. The Ghandara, in the west of Jhelum was ruled by Ambhi. Purushothama also tried to threaten the existence of Ambhi. This was the going situation around purus dynasty when Alexander was marching towards India hoping to taste success by defeating King Purushothama and thereafter conquering whole India but he didn't know what awaits him at Jhelum. 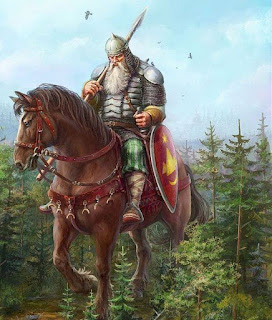 When Alexander reached Ghandara, Ambhi was waiting for him with a huge gift. The gift consisted of lot of Gold and Silver, enormous number of Oxen, Sheeps, Horsemen and Elephants. Now Alexander marched towards Jhelum, Ambhi also joined with Alexander to fight against King Purushothama. Diodorus Siculus, a Greek historian mentions that the army of King Purushothama contained 50,000 Fleet, 3000 Horses, 130 Elephants, 1000 Chariots.

Alexander sent a message to Purushothama to surrender, and ofcourse he denied it. Alexander marched towards bank of Jhelum. He was surprised to see a flooding river in summer. Alexander was waiting at west bank of the river Jhelum for a perfect time to cross the river. The Alexander made his army to march up and down, along the west bank of Jhelum which was followed by movement of army of Purushothama on the other side of the river. Alexander divided his army into multiple divisions. He led one small troop to move up and down the west bank to search for opportunity to cross the river. This went on for a few months.

Alexander sent out troops in different directions and he made them to shout their God's name so that Purushothama assembles his cavalry on the opposite bank to face them. This went on night after night and Purushothama started to wonder what the real intention of the Greeks was. Meanwhile Alexander found a suitable spot to cross the river, 17 Miles away from his camp. The perfect spot consisted of a bend of the river and a small hidden forest on its bank. Atlos,who was the exact resemblance of Alexander was made to stay in the royal tent in which Alexander stays, to deceive the army of Purushothama, and making them think that Alexander was in the royal tent.

When Purushothama came to know the plan of Alexander, he sent a division of army under his son's leadership towards Alexander. He killed the horse of Alexander(Boukephalas) and also wounded Alexander. But eventually the attack by Purushothama's son failed as his chariot was struck in mud.

At that time, the world didn't know that elephants could be used in warfare.Alexander too didn't know that, but he was shocked when he saw elephants in the army of Purushothama. The elephants were placed in equal distance and infantry was drawn behind the line. This structure looked like a huge fort with elephants as pillars. The elephants crushed the defence of Alexander's army and made a way for Purushothama's army infantry. This type of war method is totally new to Alexander and his troops where they were crushed by elephants and also attacked by soldiers in between. They started attacking elephants with spears and arrows. Due to this the elephants panicked and started to attack their own men. 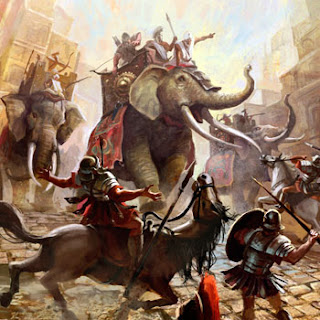 Purushothama personally took 40 elephants with him and led the attack. As Purushothama was more than 7 feet tall and his chest is double that of a normal soldier, the picture of him, seated on an enormously big elephant made, Alexander and his army awestruck. He looked like a giant beast to them. During the war, Purushothama got hurt in his right shoulder. He was taken back by his elephant, so that he can get treated and recover. The war was going on.


This was the battle between Alexander The great and King Purushothama on river bank ofJhelum (Hydaspes). As this was fought on river bank of Jhelum it was called as "Battle of Hydaspes". 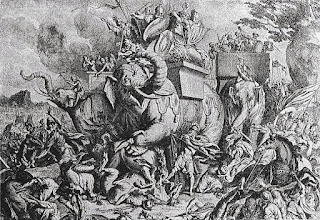 But the Greek historians falsely stated that Purushothama surrendered to Alexander.This can be understood from a simple question.Why did Alexander, a king who desired to rule the whole world, who wanted to be the only king of the world, who, in that process wanted to conquer entire India retreats back after the battle of hydaspes? If he defeated Purushothama, why didn't he move towards rest of India and conquer it? Because he was beaten by Purushothama and his army was destroyed badly, he had no other option than to retreat. The greek historians wanted to elevate their kings and their battles irrespective of facts. They want their kings to be heroes in history, that is the reason they wrote history in favour of them.The only source of history to Indians is Greek history, which is their own view and we are blindly following that.

We are not against Greek historians but we request them to answer our questions which we asked in the above paragraph.There are many hidden stories in ancient Indian history which were burried by foreign historians. Our team (INDIANCONTENTS) will try to dig out as many truths as possible. Just support us and we will show you our history.