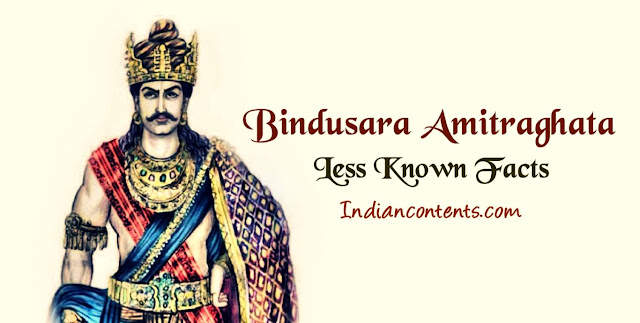 Bindusara was second ruler of the Mauryan dynasty. Greek scripts refer him as Amitrochates or Allitrochades which was from the Sanskrit word "Amitraghata", which means "The slayer of enemies." According to Jain scripts, Bindusara's original name was "Simhasena." He was also given other title by Neighbouring states as "Ajathashatru", which means "Man without enemies." One interesting fact about Bindusara was, he wanted his eldest son Sushima as his heir and not Ashoka. Let us see details in this article. 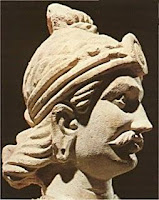 Bindusara was born around 320 B.C.E (around 1520 BCE as per new translations). Bindusara was the only son of the great ruler Chandragupta Maurya, the founder of the Mauryan dynasty. He was born to Durdhara, the first wife of Chandragupta Maurya. Bindusara's birth process was a tragedy ending with the death of his mother, Durdhara. After establishing the Mauryan empire, Chandragupta Maurya made Chanakya as his prime minister. Chanakya used to mix small amounts of poison in the food of Chandragupta so that he would get used to it. The aim of this was to prevent Chandragupta from being poisoned by the enemies. One day queen Durdhara shared the food with the King, not knowing that poison was added to it. She was pregnant at that time and only 7 days away to deliver a baby. As she ate poisoned food, she died. Chanakya who had great knowledge in Ayurveda, cut the belly of Durdhara and took out the fetus. Probably this was the first Caesarean operation performed ever. The child was removed from the belly of Durdhara to save the child from getting into contact with the poison. But when he took out the child from the womb, there was a drop of poison on forehead of child and that made a blue spot on his forehead and thus Chanakya named the child as "Bindusara", a sanskrit word meaning Bindu- Spot and Sara- head. A detailed discription of this incident was clearly explained in our previous articles- Chandragupta Maurya and Chanakya. Bindusara had a taste for culture and he was greatly interested in Philosophy.

According to some tales, Bindusara was known to have 4 wives. But it was said that Bindusara had 16 wives and 8 sons. Among all the sons, Sushima and Ashoka were prominent. The mother of Sushim was Charumitra and the mother of Ashoka was Devi Dharma. Sushim was the eldest son of Bindusara.

Chandragupta Maurya ruled for about 25 years and the became a Jain ascetic, leaving behind him a  fairly huge empire which included Baluchisthan, Afghanisthan, Assam, West Bengal, Bihar, Vindhyas, Narmada, Hindukhush and other north parts of India, for his son, Bindusara to inherit. Chanakya remained as the prime minister for Bindusara too. As we know the brilliance and strategies of Chanakya which also helped Bindusara in hiis reign.

Bindusara was no less than his father in expansion of kingdom. He further expanded the Mauryan dynasty as far as Mysore ( now located in Karnataka). It was said that he conquered sixteen states between the two seas namely Arabian sea and Bay of Bengal, except Kalinga ( Present day Orissa ) which was later conquered by his son Ashoka. He left Tamil kingdoms of Chola, Chera etc, as they maintained friendly relationships with the Samrat Bindusara.

He had very good relations with neighbouring states and also with foreign countries like Egypt and Syria and also with Greeks. The General under Alexander the great, Seleucus Nicator was Bindusara's step grandfather. Bindusara also shared cordial relations with the Syrian King who was none other than his step uncle. Scholars from Egypt and Syria lived in his palace as ambassadors.


Revolts against Government of Bindusara:

The people of Taxila and the mountain people of north revolted against the rule of Bindusara emperor. Bindusara commissioned his son Ashoka to supress the revolts. The people of Taxila explained to Ashoka that they were not opposed to king, but revolted as a protest against the oppression by Evil Ministers. They complained about the cruel behaviour of the local ministers to Ashoka. Ashoka warned the ministers and officials against oppressing the people. Thus Bindusara was able to suppress revolts with the help of his son Ashoka.

Last days of Bindusara and his Death: 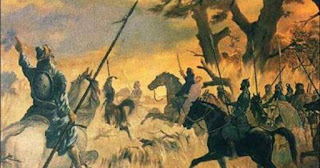 As we discussed above, Bindusara had 8 sons out of Which Sushima and Ashoka were prominent. Bindusara wanted his eldest son, Sushima as his heir. He didn't want Ashoka to be the next king of Mauryan Empire. But that was not favoured by the Brahmins, whom Sushima very often insulted. Sushima was very rude and mannerless and thus lost the favour of many sects of kingdom. These Brahmins suppported Ashoka, the son of a queen of lower status but who belonged to Ajivika sect.

During that time, Sushima wanted to end the life of Ashoka as he felt his presence as a threat to his supremacy. This resulted in a war consisting of two sides with Sushima on one side and Ashoka on other side. This war to capture throne was fought for 4 years in which Ashoka killed 6 of his brothers along with Sushima who opposed him and finally captured the throne and became the third ruler of Mauryan empire. Due to this fratricidal war that took place in his royal family saddened Bindusara very much. He fasted himself to death and died in 272 B.C.E (around 1472 BCE as per new translations) . He was only 48 years old when he died.